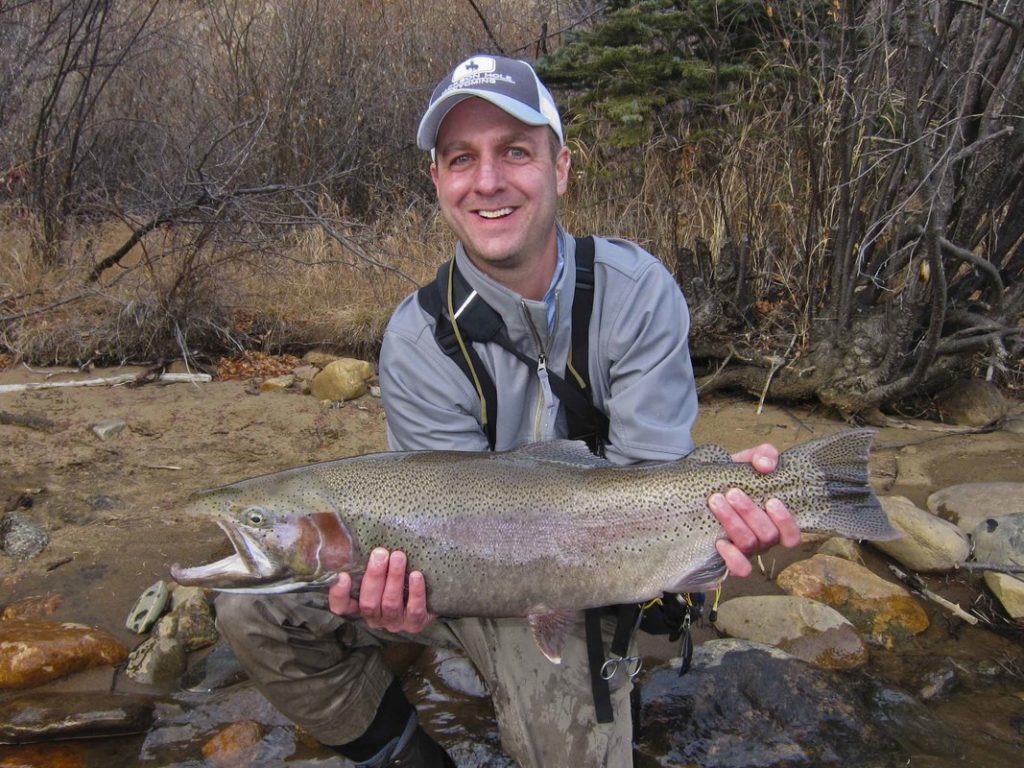 The North Fork of the South Platte River offers yet another opportunity to sample the South Platte River system. The vast majority of this swift, fast flowing stem of the South Platte River is within an hour’s reach of metropolitan Denver, nevertheless, this branch gets over-shadowed by the renowned South Fork. The headwaters of the North Fork, as it is referred to, commence on the eastern side of legendary Kenosha Pass. The North Fork is extremely small and expeditious for the first several miles until it joins forces with diverted water from the bottom of Dillon Reservoir via the Roberts Tunnel. Another tributary—Geneva Creek—further adds a substantial quantity of water to the North Fork near the small town of Grant. This creek is especially influential during run-off as the North Fork swells and becomes high and roily. Several other smaller side-streams also enter the river but are not the magnitude of the two previously mentioned sources of water.

The North Fork is comprised of shallow riffles, runs, and an abundance of pocket water. Deep holes are uncommon throughout this section of river. The water is gin clear, and standard sight nymphing tactics work best on a day-to-day basis. Short-line nymphing is the most effective technique with the heavy brush, small pockets, and quick seams—all of which are key holding areas for the trout. Typically if it looks “fishy”, it generally is, and of course it’s always lucrative to find fish positioned where you think they should be.

Trophy trout await you on many of our leases on the North Fork of the South Platte.  To book a day on Boxwood, Long Meadow, North Fork Ranch, or the Meadows, call the Blue Quill Angler (303-674-4700) and we'll gladly assist you.

Denver Water has shut the Roberts Tunnel off for the winter, so expect all natural flow until spring runoff begins to ramp up river levels. Denver Water projects they will not turn on the water until July, so hopefully we get some late-season snow to assist in adequate river levels until Denver Water releases from the tunnel.