Caddisflies are one of the most abundant and diverse groups of aquatic insects. They are members of the order Trichoptera, which includes nearly 1400 species in North America. The name Trichoptera is derived from the Greek words “trichos” meaning hair and “ptera” meaning wing, which refers to the fine, silky hairs that cover the tent-shaped wings of the moth-like adult.

There are three varieties of larvae that all fly fishers should familiarize themselves with—free-living, net-spinners, and case makers. Free-living caddis, or Rhyacophila, are commonly referred to as green rock worms. Free-living caddis crawl along the stream bottom and do not build a case. They often become a tasty meal for opportunistic trout because they do not have the camouflage or protection that a case affords. 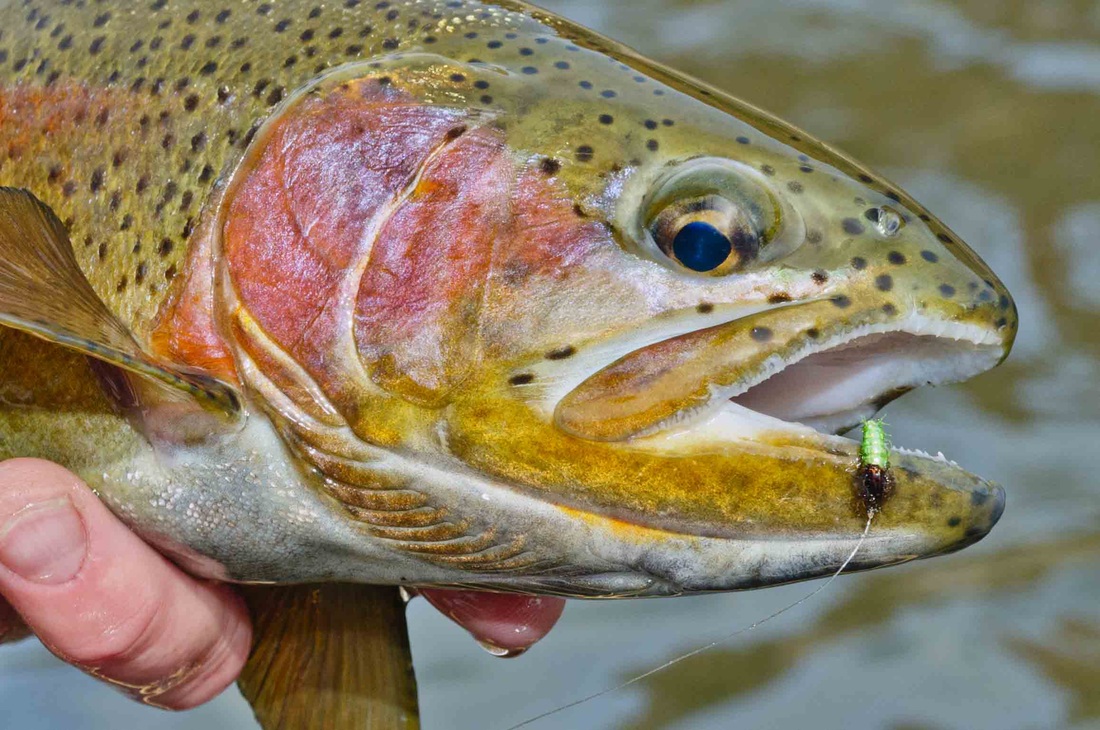 While the majority of Rhyacophila are bright green, or even chartreuse, it’s important to note—not all green rock worm larvae are green. As weird as it might sound, some green rock worm larvae are found in varying shades of dark-olive, tan, or brown. Mature Rhyacophila larvae range in size from ½ to ¾ inch long. They live exclusively in cool rivers and streams and thrive in substrates comprised of medium to large-sized boulders. Rhyacophila larvae crawl along the stream bottom, hiding in the cracks and crevices, searching for food and they often prey on small aquatic insects such as mayflies and midge larvae. One of my favorite Rhyacophila patterns is Steve Parrott’s Electric Caddis. I have fooled trout all over the west with this pattern–it’s a must have in your fly arsenal!

Most entomologists agree that the net-spinning caddis, or Hydropychidae, is the most important caddisfly to the angler. Two species in particular—Hydropsyche (spotted sedges) and Cheumatopsyche (little olive sedges) produce the most reliable hatches in the west. Net-spinners, as their name implies, construct nets out of silk threads on the side or on top of a boulder. Their shelter, or silky net, varies in size from roughly ½ to ¾” of an inch in diameter. They strategically place their net facing into the current allowing it to trap or filter drifting food from the water. One of my favorite net-spinner patterns is my friend Harold Tygart’s Hydrophyche. This pattern is in my Tying and Fishing Tailwater Flies book. Tie some up…you’ll be glad you did!

The Brachycentrus caddis, or American grannom is perhaps the best known, as it constitutes the famed Mother’s Day hatch in many watersheds. The Brachycentrus caddis is considered the second most important caddis to imitate because of its widespread populations across the western United States. Brachycentrus are case makers, fabricating their homes out of plant fibers and other debris with fine silk like threads. They build four sided cases that look like a small twig and measure in length from ½ to ¾ inch in length. The cases vary in color from a dark olive to a dark brown depending on the materials used to build them. The larvae inside the case, is bright green, or chartreuse, with a noticeable dark head. My Mercury Cased Caddis (and tungsten variation) is a nice option when you are trying to imitate the Brachycentrus caddis.

A couple of my favorite pupae patterns are Mike Mercer’s Swing Nymph and John Barr’s Graphic Caddis in sizes 14-18. Both of these pattern fish well when you visibly see trout chasing pupae. The tell-tale fish are keying on pupae is when the trout are sweeping back and forth grabbing food in the upper part of the water column. 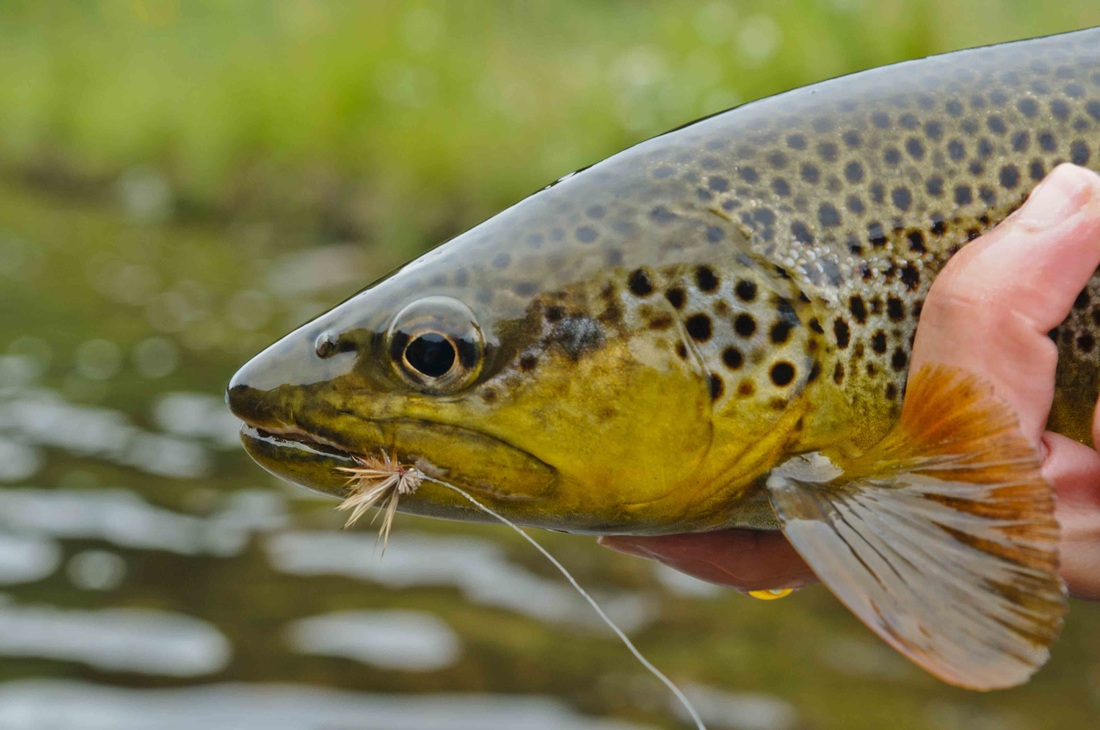 Adult caddisflies look similar to moths. Beginning in late April to early May, you’ll find them fluttering near or above the water or resting on nearby streamside foliage. At rest, the adult’s wings lay straight back over their abdomen and form a tent or inverted V-shape. Anther distinguishing feature is their long, slender antenna, which is equal to the length of their body. The adults range in color from tan to almost black. My favorite adult caddis patterns are an Elk Hair Caddis and a Puterbaugh Caddis in sizes 14-18.