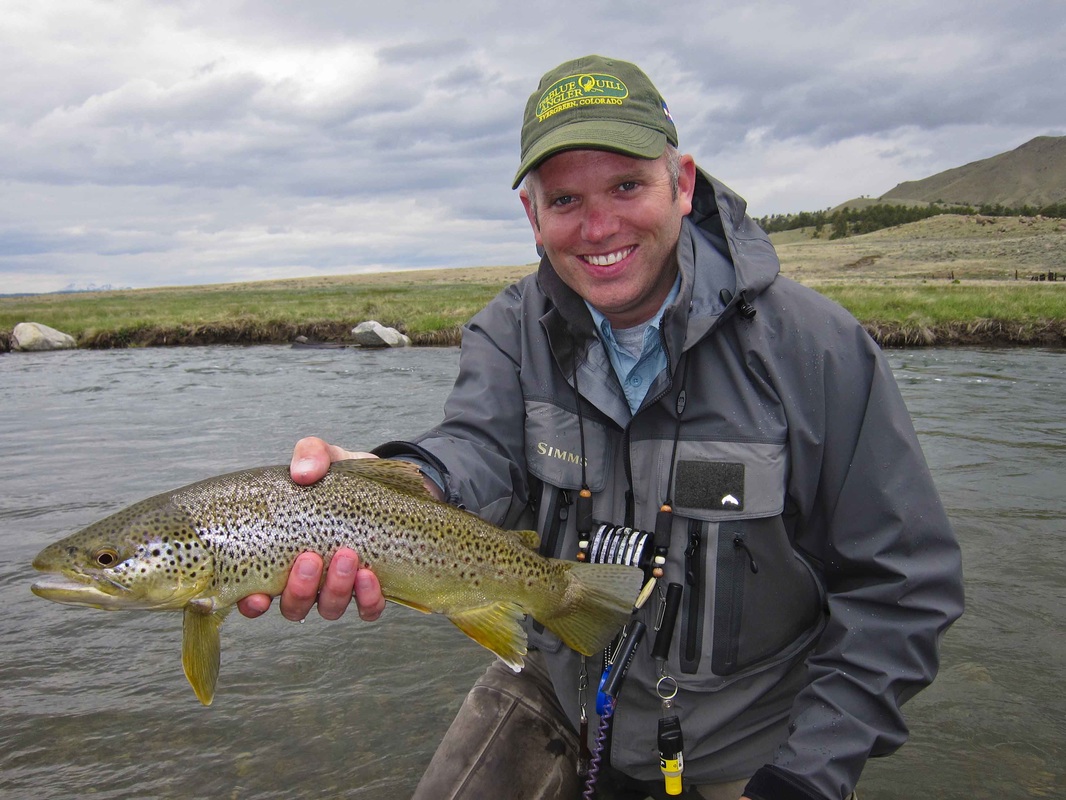 Although many of Colorado’s tailwaters are higher than their normal historic levels, they still remain the best option during spring run off. Joe Morrissette shows off a beautiful brown trout he fooled with a #18 Buckskin on one of Colorado’s popular tailraces during the high-water season.

Here is an up-to-date list of river levels on some of the most popular fishing destinations in Colorado. Flows are above average statewide: