Boxwood Gulch is open for the 2016 season! Yesterday Bob Dye and I had five anglers at Boxwood Gulch. We found the fish to be cooperative despite the low flows (32 cfs) and a spring snowstorm. Things are only gonna get better as the onset of spring run-off improves natural flows. Currently Denver Water is not releasing any water from the Roberts Tunnel (Dillon Reservoir).

“Boxwood Gulch is special in so many different ways. Anglers will have the opportunity to catch the biggest trout of their life. Another benefit is the opportunity to fool a variety of gamefish. The species of trout we have at Boxwood/Long Meadow are several different strains of rainbows, browns, brookies, cut bows, cutthoats, tigers, and palominos”, said Dan Mauritz owner of Boxwood Gulch. Mauritz is excited about the upcoming season and the opportunities that await anglers alike.

​Yesterday our anglers caught rainbows, brookies, tigers, browns, and cutthroats. We fooled them with egg patterns, midges, caddis larva, winter stonefly nymphs, and streamers. It was a great day…fun was had by all! 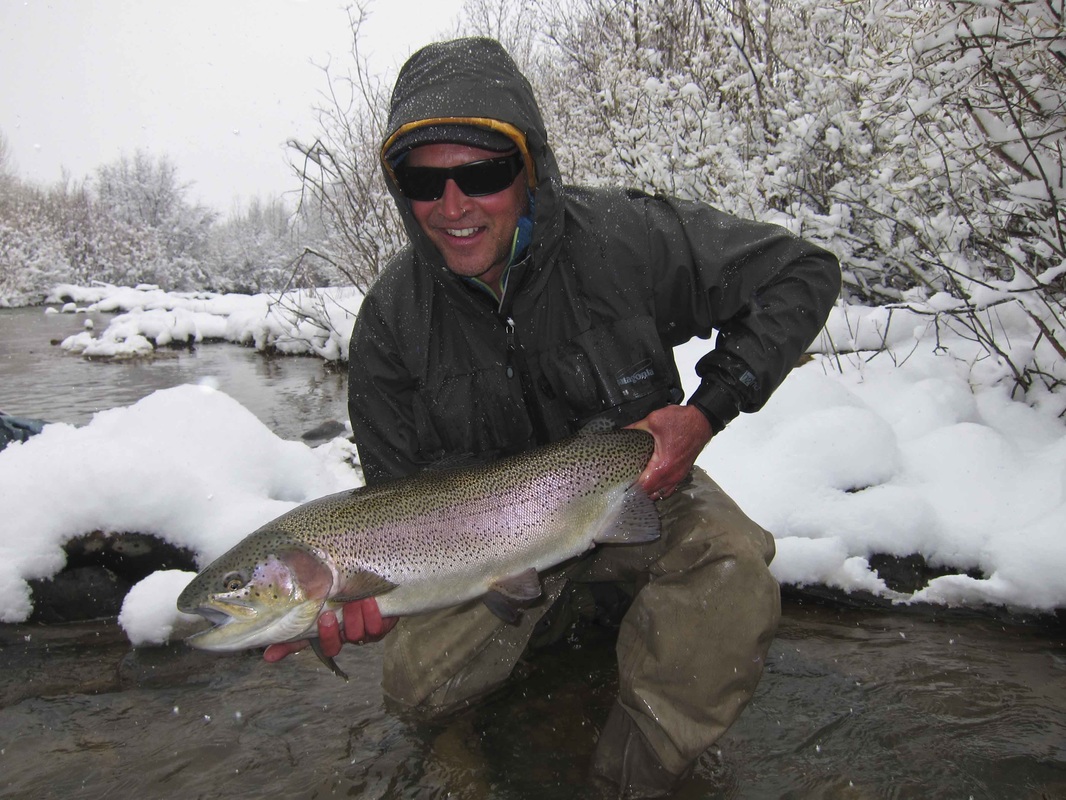 David Goodman landed this fish at Boxwood Gulch yesterday on a size 20 Rainbow Warrior. Goodman’s fish taped out at 29 inches and was estimated to weigh 10 pounds.