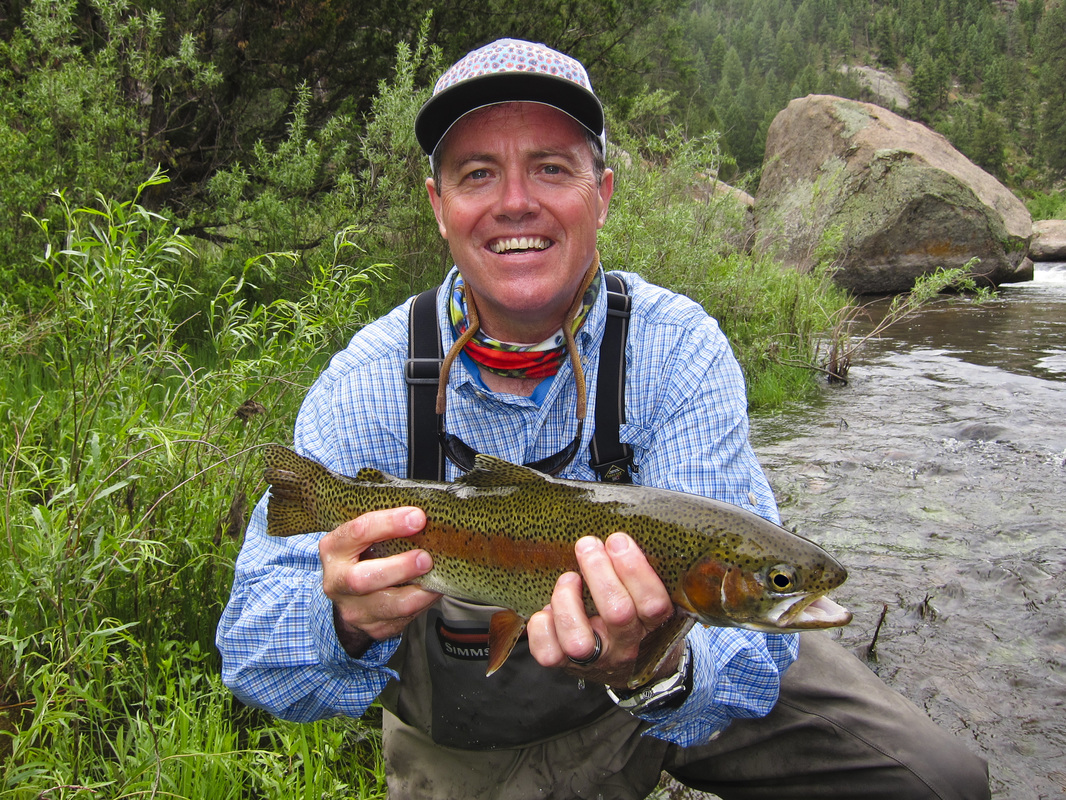 Fishing has been good as of late, despite spring run off. Mark Adams shows off a beautiful rainbow hefooled with a Baetis nymph a few days ago.Tailwaters are your best bet this time of year.

Here is an up-to-date list of river levels on some of the most popular fishing destinations in Colorado.